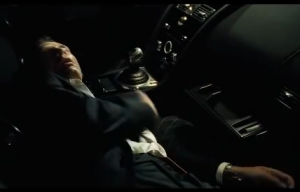 James Bond has been poisoned. A fellow player at a poker game has spiked his martini with digitalis sending 007 into cardiac arrest. James’ condition is deteriorating. An ECG shows he has life-threatening ventricular tachycardia. Only a defibrillator can save him but he suddenly collapses and falls unconscious. Thankfully, just in time, Vesper arrives and successfully operates an automated external defibrillator and revives Bond back to life.

This scene, taken from the movie Casino Royal, is just one from the many films that depicts resuscitation and defibrillation in its story line. But have you ever wondered whether performing CPR is just like you see in movies? Is it as simple as they make it out to be? can you successfully resuscitate someone with just CPR like they show? and the defribrillators you see the same in real life?

A recent study has thankfully provided the answers to some of these questions about cardiopulmonary resuscitation (CPR) in movies. The researchers of the study, looked at films released between 2003 to 2012 where resuscitation, and in particular defibrillation, was depicted. They reviewed the scenes and compared them to official resuscitation guidelines and the real-world statistics on survival from cardiac arrest and CPR.

The findings of the study are interesting. One of the major results was just how inaccurate the portrayal of survival rates from cardiac arrest is. In the movies, where resuscitation was performed in a hospital, 88% of the patients remarkably survived. This is in stark contrast however, to the real world figure of 23.9% that is reported in the literature. For movie scenes where resuscitation was performed out of a hospital, patients miraculously survived 67% of the time. Unfortunately this is contrary to actual survival rates of 5-10% for an out-of-hospital cardiac arrest.

Another interesting discovering from the study was the incorrect use of a defibrillator. A defribrillator is a device used to correct a patient’s abnormal and life threatening heart rhythm, an arrhythmia. The study showed that of the resuscitation scenes depicted in the movies, 28% of scenes used a defibrillator where it was warranted. Unfortunately however, there was even a greater proportion of scenes, 39% in fact, where a defibrillator was used inappropriately or was not required. It appears that in many cases, the script writers may have taken extensive poetic license and featured these devices for dramatic effect only.

The researchers conclude that with such an inaccurate portrayal of CPR and defribrillation in movies, an opportunity has been missed to educate the general public on these life saving techniques. The study does show that unfortunately, we can’t just sit back on the couch watching movies like Casino Royal and get accurately educated to perform these critical skills effectively. Instead, the best recommendation to get properly educated, is to complete an accredited First Aid course.

If you would like to learn how to perform CPR and use a defibrillator appropriately, why not join us at one of our many First Aid courses. We run regular First Aid courses in Port Macqaurie, Taree and Nelson Bay (Port Stephens). These nationally recognised and WorkCover approved First Aid courses can teach you not only these, but many other important First Aid skills and techniques, that one day you might need.